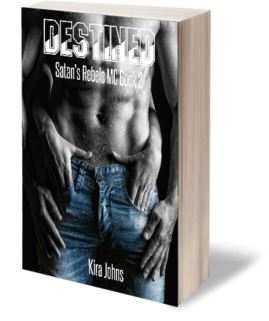 When the love of your life belongs to someone else, how do you move forward? For Shadow it's not so easy. Finding Paige was a godsend and with her help, he is beginning to love again. Paige wants nothing more than to hear those three magical words from Shadow, but until she can share his heart with another woman, it will never work. She has lost so much in her past and refuses to let Jade steal yet another man from her.

Spike knows all about loss. He's lived it and knows he will never find another love again like he shared with Greta. Until Jenna walks into his life. What began as friendship develops into more, but Jenna's past keeps her from moving forward.

Tank isn't looking for love. He's content with life and the club. With the threat of The Skulls, he makes a decision that could change everything. Britt enters The Satan's Rebels world to accomplish one goal, only to meet a man that she desires more than anything.

“The truth is that we all are a little damaged. Some of us are just better at hiding it than others.” 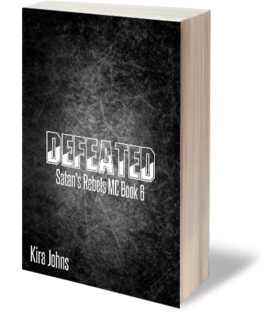 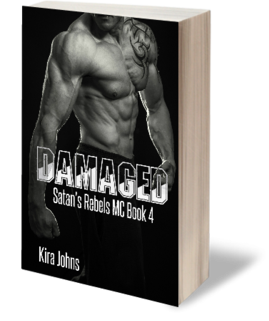 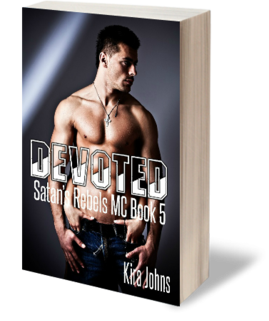 Five years after leaving Rockingham, Jade Moore is still trying to move on. Easier said than done when your heart lies in your hometown. She finds friendship with a man who bears a dark secret, one that could destroy her.

Shadow has spent the last five years in misery over losing Jade. He still loves her, but knows he lost his chance. Now married to his worst nightmare, Shadow sees the light at the end of the tunnel when Jade returns home, only to find out she has been hiding something from him for years.

Will Jade and Shadow find their happily ever after? Both are determined to make it happen, but when the past collides with the present, Shadow fears he will lose Jade forever. 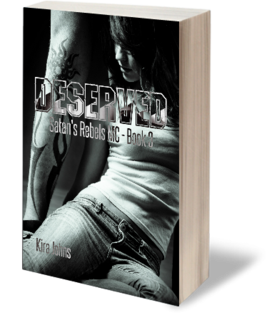 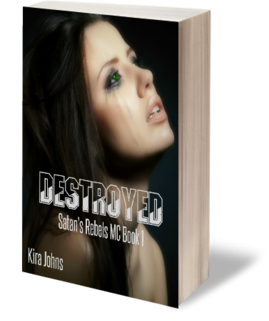 Jade Moore was no stranger to the MC lifestyle. Growing up the daughter of the President of the Satan's Rebels, she knew all about family and loyalty. Her world slowly crumbles when she loses not only her parents but her brother and best friend. Her Uncle steps in and becomes the family she so desperately needs.

But what happens when the only family you have left betrays everything you have ever known?

Jade is dragged into the Condemned Warrior's world where she is imprisoned for four agonizing years. Beaten and brutalized, she wishes for death, but it never comes.

Reaper inherited the MC from his brother, Halo, and will do whatever it takes to keep the club safe. Anything, including handing over his niece to the club's enemy. All he has to do is convince her brother, Tank, and best friend, Shadow, that she has run away. Easy. But what Reaper never expects is for Tank and Shadow to come home looking for answers years later and discovering the truth.

Tank and Shadow return to their hometown to investigate missing funds. It's when they begin digging for the evidence, they discover a much darker secret that Reaper has been hiding. Enlisting the help of the club's Sergeant at Arms, Viper, they set out to rescue Jade and bring her home where she belongs.

Viper's reputation is well known both inside and out of the MC. He is a cold-blooded killer, incapable of any feeling but hatred. His allegiance lies with Tank and the club. He will do whatever it takes to bring Jade home, even if it means crossing enemy lines to save her. What he doesn't expect is to fall for her.

WARNING: All books in the Satan's Rebels MC Series are intended for readers ages 18 or older due to graphic scenes including sex, language, and violence.

After surviving hell not once, but twice, Jade Moore is once again living, but her nights are filled with torture as she relives her time with the Condemned Warriors again and again. The only person capable of chasing away those demons is Viper, the man she has fallen deeply in love with. He is not just her hero, he is her destiny.

Viper’s troubled past makes him the cold, heartless killer that everyone fears. Then he met Jade, falling helplessly in love with her. As he helps Jade overcome her demons, he reveals his own, not knowing if he will lose her forever. But it isn't his past he should be worried about, it’s his future.

Shadow returns to Rockingham to be with the girl he has loved since they were kids, only to find she is in love with another man. He is determined to win the heart of the only girl he has ever loved, no matter the consequences. When secrets are revealed and tragedy strikes, will he put aside his desires and be the friend Jade needs?

Lives will be lost and heartache will be inevitable.

I chose to walk down a dark path in life believing I was the one in control. I was wrong. Overcoming my addiction was just the first step in my recovery. The club gave me a reason to continue the climb, but it was meeting Bella that gave me a purpose. I never meant to fall for Bella, but loving her was too easy. She completes me in a way I never thought possible.

“The dark is unending. There are always demons lurking in the shadows.”

Forgetting the past is never an option, especially when facing it terrifies you. I thought I’d never be able to move on, until I met him. Blake Andrews didn’t just save me, he showed me what true love was all about.

Fate brought Blake and Bella together, but it takes more than just love to forge a bond that will last a lifetime. It takes someone completely… DEVOTED.